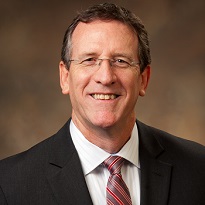 Paul Beirnes is Director of Destination Marketing with Hilton representing the 14 brands within Hilton’s portfolio. Beirnes joined Hilton as part of the newly launched Regional Marketing & eCommerce team where he is responsible for developing destination focused marketing campaigns and partnerships within Orlando, Tampa/St Petersburg, West Palm Beach/Boca Raton, Miami, Fort Lauderdale, The Florida Keys and Atlanta in a region that encompasses over 250 properties and nearly 50,000 hotel rooms.

Prior to joining Hilton in 2017, Beirnes served as Director of Global Marketing and Partnership Marketing for a total of 16 years with Visit Orlando where his responsibilities included the development and implementation of global consumer marketing campaigns, promotions, strategic partnerships, and broadcast initiatives.

Earlier career milestones include over 10 years as Marketing Manager with Disney where Beirnes' responsibilities spanned everything from Florida resident marketing and Brand Management, the launch of Animal Kingdom, the launch of Disney Cruise Line and manager of Disney’s Annual Passholder program to name just a few.

Throughout his career, Beirnes has been a strong proponent to building partnerships within Orlando’s sports community and chaired Orlando’s Strategic Sports Council in the early 2000s in an effort to bring the community together to bid on marquee sporting events. Paul served for a number of years on the associate board with Florida Citrus Sports as well as Chairman of the Orlando Citrus Parade for over 5 years.

Beirnes graduated from the University of Guelph (Canada), with a double major in Economics & Management and resides in Clermont, Florida with his wife, Lynne, and daughter Ashley.