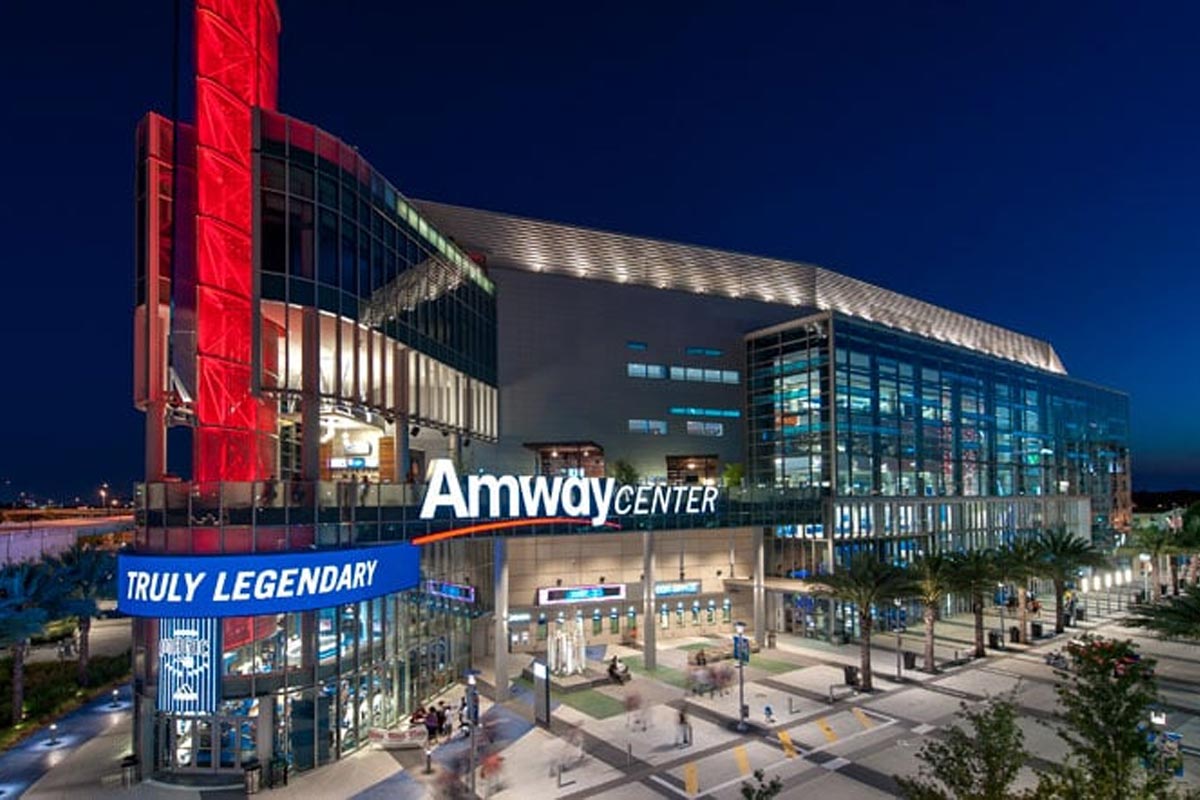 In October 2010, the Amway Center officially opened, and it is considered one of the nation’s premier event center facilities. From its signature spire and modern architecture to its public spaces and comfortable amenities, the Amway Center is an iconic destination to Greater Orlando and beyond. The Amway Center features a modern mix of metal and glass exterior materials and the spire serves as a beacon amid Orlando’s vibrant downtown. Technologically, the Amway Center is one of the most advanced ever built.