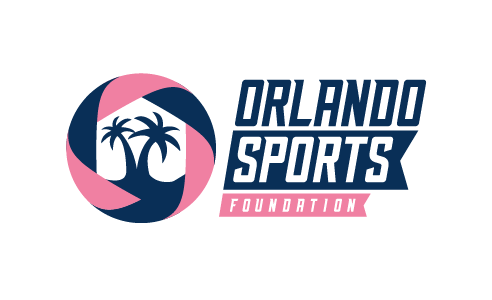 Alan Gooch began his career coaching college football in 1983. Gooch spent 21 years as a member of the football coaching staff at the University of Central Florida. During that time, he served in several capacities until completing his collegiate coaching career in 2003 as the interim head coach at UCF. Gooch (UCF) and Gary Gibbs (Oklahoma) have the distinction of being the only two Division I-A college coaches, ever to rise from player to assistant coach and finally head coach without leaving their alma mater. Gooch’s ties to the University run beyond his coaching years as he is a former football player/ letterman for the Knights, UCF Alumni board member, 3-term UCF lettermen club President, UCF Alumni Service award winner’98 and a two-time graduate having earned both his bachelors and master’s degrees at UCF.

In 1997 Coach Gooch and former UCF tailback Dwight Collins who is deaf gained national media attention for their work together. Consequently, Dwight Collins received ESPN’s National Spirit Award given each year to College Football’s Most Courageous Player at the Home Depot College Football Awards Ceremony with Coach Gooch by his side interpreting the presentation by ESPN’s Lee Corso.

At a White House ceremony in April 1998, Coach Gooch and Dwight Collins were recognized by President Clinton and the National Consortium for Academics and Sports. Alan Gooch along with Dean Smith of the University of North Carolina and Eddie Robinson of Grambling University were selected as finalists for the 1998 National Student-Athlete Day GIANT STEPS Award in the category of Collegiate Coach. Coach Gooch finished as runner up behind Coach Eddie Robinson of Grambling University who won the award. Later that same year, the American Football Coaches Association honored Alan Gooch as the Inaugural NCAA division I-A Assistant Football Coach of the Year at the national convention in Dallas.

Upon leaving coaching in 2004, Gooch accepted a position as Executive Director of the UCF Athletic Department’s Golden Knights Club and in 11 months the GKC doubled its annual fund from $625,000 to $1,200,000 million. In 2005, after 25 years of service to the university, Gooch left UCF and entered private business opening Florida operations for an Atlanta-based commercial real estate firm. In January of 2007, Gooch opened his own commercial real estate firm, Tizon Commercial, LLC.

Gooch was inducted into the UCF Athletics Hall of Fame in 2006, and in 2007 he was named “Educator of the Decade” by the UCF College of Education. Later that same year, Gooch accepted a position as President and General Manager of the AFL Orlando Predators Football Team. In 2008, Gooch led the two-time AFL World Champion Orlando Predators organization to its 20th straight playoff appearance. Former Head Coach of the NFL’s Washington Redskins; Jay Gruden was the head football coach for the Orlando Predators during that 2008 season.

Gooch also continues to serve as CEO of the Orlando Sports Foundation of which he was a founding board member in 2008. Gooch is the Executive Director of OSF’s Board of Directors and serves as Executive Director of the Foundations Signature event “The Cure Bowl”. The primary goal of the Orlando Sports foundation is to support cancer research thru the ESPN nationally televised NCAA Bowl game and other ancillary Orlando Sports Foundation events. In six bowl games, the Cure Bowl has raised $3,880,000 million dollars for cancer research.

Gooch continues as the managing partner/broker of Tizon Commercial, a commercial real estate brokerage firm that he founded, owns, and operates since its establishment in January 2007. Gooch has served as an adjunct professor at UCF teaching Coaching Methods over the years as timing permits. He is married to Linda Gooch, UCF’s longtime Cheerleading coach of 39 years, who has won four national championships ‘2003, 2007, 2019, 2020. They have two adult children.