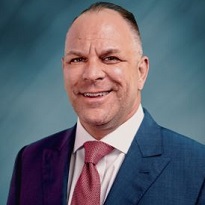 Friedman has more than 20 years of experience in the communications field, having worked as a television reporter and in the public relations departments at NASCAR and Golf Channel.  He holds a bachelor's degree in broadcast journalism from the University of Missouri and serves as president/founder of the Missouri Alumni Association Central Florida Chapter.

Friedman is a member of the West Orange Chamber of Commerce, youth and high school softball umpire, and a former travel youth softball coach and Florida Little League softball district administrator. The Longmeadow, Mass., native is an avid Boston Red Sox fan (lists Oct. 27, 2004, when they won the World Series as one of the greatest days in his life) and resides in Winter Garden, Fla., with his wife, their two children and labradoodle.