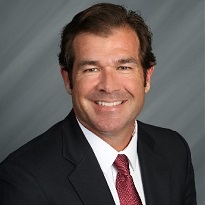 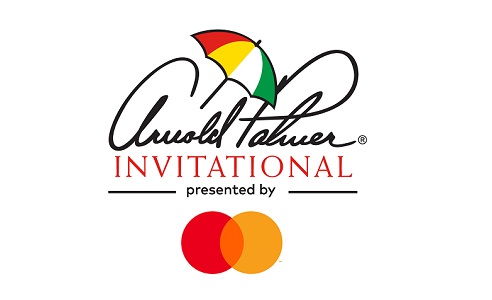 Chitwood joined the Arnold Palmer Group in August 2020 after a long career in motorsports, having worked most recently as Executive Vice President and Chief Operating Officer of International Speedway Corporation (ISC).

In his role as Executive Vice President and COO of ISC, Chitwood was responsible for the leadership, management and oversight of the operations of the 12 ISC motorsports facilities, the Design and Development department including the $500 million dollar capital budget and Americrown, ISC’s food & beverage business, along with strengthening key industry initiatives and working in tandem with executive leaders and track presidents to execute business plans.

Chitwood joined ISC in 2009 as Vice President of Business Operations before assuming the role of President of ISC’s flagship motorsports facility, Daytona International Speedway (“DIS”), from 2010 to 2016. As President, Chitwood oversaw ISC’s largest development project to date – the $400 million DAYTONA Rising project that transformed the Speedway into the world’s first motorsports stadium. In addition, Chitwood spearheaded the track’s repave project in 2010, only the second in its 58-year history, as well as continuing to serve as a Vice President for ISC.

Chitwood has received several industry honors and professional accolades throughout his career, including the University of South Florida Distinguished Alumnus Award (2014), SportsBusiness Journal Forty under 40 (2009), Indianapolis Business Journal Forty under 40 (2007) and was named a University of South Florida College of Business Celebration of Free Enterprise Honoree in 2005.

Prior to joining ISC in August 2009, Chitwood served as President and Chief Operating Officer of Indianapolis Motor Speedway (IMS) overseeing daily operations for IMS, including Brickyard Crossing Inn and Brickyard Crossing Golf Course. He joined the staff of the IMS as Senior Vice President, Business Affairs in 2002.

From 1999 to 2002, Chitwood was Vice President and General Manager of Raceway Associates, LLC, which oversaw construction of the 1.5-mile Chicagoland Speedway in Joliet, Ill. In 2001, the track began hosting Indy Racing League- and NASCAR-sanctioned events.  During his tenure, Chitwood served on the board of directors of several Joliet-area economic development organizations.

Beginning at age five, Chitwood was an integral part of his family’s entertainment business, the well-known Chitwood Thrill Show. His career included time as a stuntman and later, a specialist in precision driving.

In addition to his seat on the Board of Directors with the with the Greater Orlando Sports Commission, Chitwood also serves on the board of trustees for the Motorsports Hall of Fame of America and the University of South Florida Foundation.