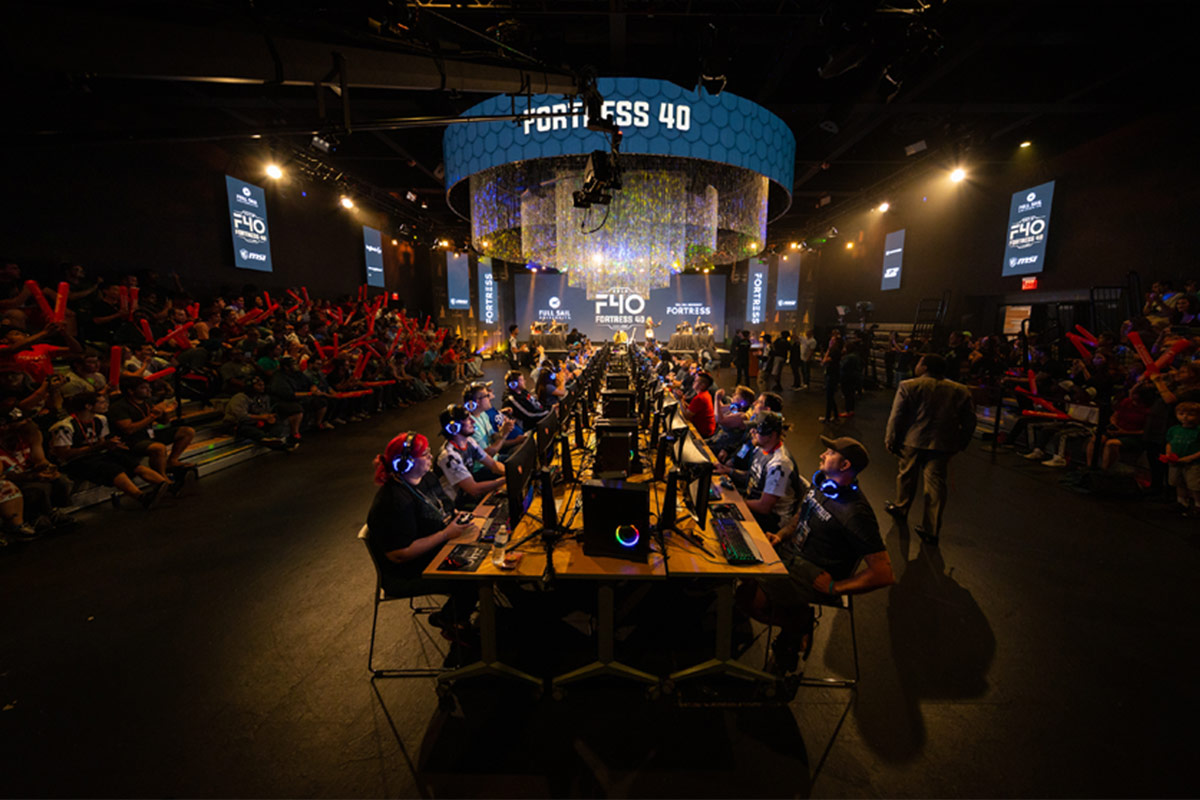 Greater Orlando is positioned to be a leader in the esports space.

The esports phenomenon came to life vividly for Jason Siegel when he took his son Ryder, accompanied by his youth league baseball teammates, to an NBA2K tournament at The Fortress on the Full Sail University campus last summer.

The kids were going crazy rooting for their Orlando Magic favorites while they played the Miami Heat, cheering for KingCamRoyalty, TuckerLocksUp, Reizey and others.

“It was the same energy as watching a live Magic game,” said Siegel, President and CEO of the Greater Orlando Sports Commission (GO Sports). “Watching that particular competition and seeing the crowd at Amway Center for the Call of Duty World League Championships in 2017 were big eye-openers, not to mention everything you see and read about this emerging sector of our business.”

What Siegel and other prominent members of Greater Orlando’s esports community see is perfect synergy to build the esports brand in the region and drive dollars and business to the area in 2020 and beyond.

Greater Orlando has much to offer in addition to its weather, theme parks and slew of cozy hotel rooms. GO Sports has partnered with Full Sail University, Orlando Magic Gaming, EA Sports, Valencia College, the University of Central Florida and dozens of other groups with a singular focus in mind:

Leverage those assets and make Central Florida the esports capital in the country. From Fortnite to League of Legends to Overwatch and beyond, all the venues and players are in place to make it happen.

The Sports Commission has launched an esports website for event planners, creating a one-stop shopping destination for companies and groups looking to bring events to Greater Orlando.

“If you are an event planner, we're ready for you,” Siegel said. “We've had these discussions. We have funding and venues already in place. We have a process in place to create incentives for those folks who want to come to town.”

The strategy has evolved since the first meeting of the stakeholders about 18 months ago. All embraced the concept of becoming partners, not rivals, in the business of esports.

“It was collaborative,” Siegel said. “A lot of really open dialogue. You had a lot of people who are competing in the same space and they were talking to each other and sharing ideas, talking about the challenges that we all face.

“Everybody was really open and honest, and we've had almost a 100 percent participation in every meeting. People are coming and they're sharing ideas and they want to see Orlando not only succeed but lead.”

Understandably, there are several competitive challenges. Other cities are grabbing for a share of the business, including Santa Monica, Austin and Atlanta. But look around Central Florida and see the competitive advantages.

Central Florida is a natural fit, given that the region already draws from an international talent pool of software engineers, digital designers and animators because of its ties to NASA and major defense contractors like Northrop Grumman.

“As a community the esports task force has been an amazing idea,” said Gabriel Causse, the Orlando Magic Gaming’s partnership development manager.  “Orlando has so many tech companies it makes sense for us to try to work on those goals.”

As a mainstay in the Orlando community for the last 31 years, the Magic are also pacesetters on the video platform. The team is now prepping for its third season in the NBA2K league, after it became one of 17 franchises in the inaugural launch in 2018. The league has since added four more teams.

“It’s the perfect play for us because of who we are,” Causse said. “We are a basketball family.”

The esports connectivity leads from the Magic to Full Sail University and “The Fortress.”  It’s home to the Armada, where Full Sail’s collegiate-level varsity esports team competes with other universities and internationally.

The 11,200 square-foot arena – which opened in May of 2019 -- features room for 500 fans, making it the largest esports arena on a college campus in the United States.

Built at a cost of $6 million, the Fortress features a customizable space equipped with high-tech monitors and video production equipment. Streaming via Twitch to audiences across the globe and chatting live online with viewers are all part of the live game experience, featured recently in December during the 2019 Hearthstone Collegiate Championship Fall Finals.

“There’s a lot of opportunity out there, especially with the industry starting to take notice,” said Bennett Newsome, Full Sail’s esports strategist. “What we can do for Florida is really support the gaming community focused on that effort.

“We already have such great tourism infrastructure and gaming communities. Growing and nurturing esports within our region can be a huge opportunity. These leagues are going to continue to get bigger and bigger, and as new games come out over the years, it’s going to continue to snowball and inevitably find its place or even surpass some of the more traditional sports.”

That’s a critical point in this conversation. The older generation may still be stuck with thick fingers on Atari. The younger generation has evolved with the technology, and the real-life experiences that it brings.

“In this world of increasingly advanced technology, the gaming community is shaping the future of sports,” Siegel said.