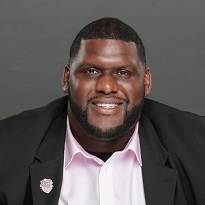 Justin L. Kinsey began as a Sr. Project Manager at Shift Technologies in November 2021. Prior to this, Kinsey served as the Region Vice President of Reef Technology overseeing the Orlando, Jacksonville, and Tampa markets. Before being named Region Vice President in August 2016, Kinsey served as Territory Manager for the Orlando market and was responsible for all business development and operations, including end-to-end management of Reef’s stadium and venue operations, business development, and service and support in the market. He played an integral role in the continued development of process improvements, technology integration, strategic partnerships and client relationships, ensuring growth and sustainability in an increasingly competitive and demanding marketplace.

Kinsey earned a Bachelor of Science degree in Computer Science from Morehouse College. Kinsey was named a member of the Orlando Business Journal’s 2021 40 Under 40 class and a recipient of the 2021 Orlando Magic Social Justice Game Changer award. Justin is a proud citizen of the Orlando community and is a  true servant leader. He serves on the boards of Florida Citrus Sports, West Lakes Partnership, and  the Orlando Sports Foundation. Justin was appointed to the Orlando Mayor's MLK Commission in 2018 and received the 2019 City of Orlando’s District 5 Unsung Hero Award. He is a proud husband to Tiffanie and father of their three children.