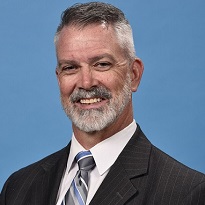 Michael Forde has been with the Orlando Magic in 2004 and was most recently promoted to chief sales officer in August 2017.

Forde has executive leadership responsibilities for the corporate, ticket, premium and retail sales units of the organization. His responsibilities include the oversight for all sales including tickets, hospitality, ICON suite membership, tourism and retail for both the Orlando Magic and Amway Center.

Prior to joining the Magic, Forde and his wife owned and operated Players Sports Marketing, an event management and marketing firm specializing in youth sports.

A native of Philadelphia, Pa., Forde earned his bachelor’s degree from the University of Delaware. He and his wife, Vivian, reside in Lake Mary, Fla. and have three children and three grandchildren.