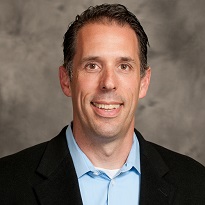 In 1997, Carson accepted a position as an Account Executive with The FX Group, an Emmy award-winning scenic design and fabrication company, specializing in the Corporate Meeting and Broadcast markets. Carson left FX in 2000 to work as a freelance Technical Director and Producer for the corporate meeting market. In 2001, Carson and a partner started Odyssey Creative, a production company focused on meetings and digital media production.

Carson returned to The FX Group in late 2004 as the Director of Operations, and eventually served as President until June of 2009 when he joined Production Resource Group as an Account Executive, specializing in creative agency sales. Carson led the channel sales team that services PRG’s agency customers from 2015 to 2017, when he was promoted to Senior Vice President of Sales for the Corporate Events Division.