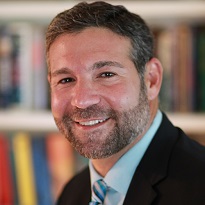 Craig Borkon is the Assistant Director of Orlando Venues, the City of Orlando department that owns and operates the Amway Center, Camping World Stadium, Leu Gardens and Mennello Museum. In this role, Borkon acts as the liaison to Venues partners including the Orlando Magic, Florida Citrus Sports, Greater Orlando Sports Commission and Orlando City Soccer Club while also working on special projects including the stadium reconstruction, bid submissions and contract negotiation. Borkon serves as the City of Orlando’s point person on major sporting events such as the NFL Pro Bowl, NCAA Basketball, WrestleMania and the 2026 World Cup Bid.

Prior to joining the Orlando Venues staff, Borkon was president of CB Consulting, a political and public relations consulting firm where he worked on a variety of campaigns throughout the state of Florida for corporations, nonprofit organization and politicians. Before starting his consulting business in 2010, Borkon worked in politics, the business sector and ran a non-profit conflict resolution program in the Palm Beach County school system.

Borkon currently serves on several boards including Florida Citrus Sports and Greater Orlando Sports Commission. Borkon was recognized as the City of Orlando Employee of the year in 2014, and in 2016 was named one of Orlando Business Journal’s ―40 under 40‖ class.

A native of New Jersey, Borkon attended the University of Central Florida.